INTRODUCTION
1. This Code of Conduct applies to National , Development and Junior Squad members participating in all overseas and local tournaments, championships, major activities, events and competitions organized or sanctioned by the SGA. This is in addition to any other requirements expected of players as laid out in the tournament conditions, local rules or bye-laws of hosting clubs.

2. General
a. Members of the National, Development and Junior Squad must adhere to commonly accepted standards of golfing etiquette and sportsmanship whenever they participate in a competition.

b. In order to ensure proper standards of behaviour at all times, a player who commits an offence under this Code is liable to face disciplinary proceedings.

b. “accused player” means the player accused of an offence under this Code;

d. “Organising Committee” means the committee appointed by SGA to organize a competition;

f. “Investigating Officer” means a person appointed by the SGA to investigate a report;

g. “report” means any oral or written statement by any person of an alleged offence by a player under this Code;

h. “player” means a player or participant in a competition;

k. An act is deemed to occur:

i. when traveling to or from a competition/training;

ii. on any qualifying or practice day for a competition/training; or

iii. on any day during which the competition/training is conducted.

Please Click Here to view the Code of Conduct Offences

5. Process for penalties is as follows:

If no previous offences, the following process will be adopted:

*If the next incident is a red card offence, then that process will override the above.

a. Any report made to the SGA or the Organising Committee during or after the competition will be referred to an Investigating Officer.

b. The Investigating Officer will carry out a preliminary investigation and gather all the facts of the complaint. These may include interviewing the accused player and getting a written report from him.

c. The Investigating Officer will present this initial report to the SGA Training and Selection Sub-Committee which will then deliberate whether:
i. No further action should be taken; or

ii. To refer the report to the Disciplinary Working-Group.

d.Upon receiving a report, the Disciplinary Working-Group must determine whether:

i. To dismiss the report; or

ii. To convene a hearing in relation to the report.

e. If the Disciplinary Working-Group determines to convene a hearing in relation to the report, it must give at least 7 days written notice to the accused player stating:

i. The date, time and place at which it will hear and determine the report;

ii. Brief of the report;

iii. That the accused player is entitled to be assisted or represented by another person.

a. At the commencement of the hearing, the Chairman of the Disciplinary Working-Group will read out the report and the alleged offence by the accused player under this Code.

b. If the accused player is not present at the hearing, the Disciplinary Working-Group may:

i. Proceed to hear and determine the report and the penalty (if any) to be imposed; or

ii. Adjourn the hearing of the report for such period determined by the Disciplinary Working-Group and must give written notice of the time and place when the hearing will resume.

e. If the accused player denies the alleged offence, he may give evidence and bring any relevant witnesses to support his case.

g. The Disciplinary Working-Group will then announce its decision to the accused player.
8. Right of Appeal

c. Upon re-hearing a report, the Executive Board may affirm, vary or substitute the decision as it may deem appropriate.

a. In the event that a player is found guilty of an offence under this Code, one or a combination of the following penalties may be imposed:

i. Expelled from the National Elite, Development or Junior Squad

ii. Deprived of benefits that are given as part of Development or National Squad member for a given period of time;

iii. Suspended from representing the country for a number of tournaments or a period of time (the number and period to be decided by the Disciplinary Board);
iv. Disqualified from a tournament;
v. Given a severe reprimand. 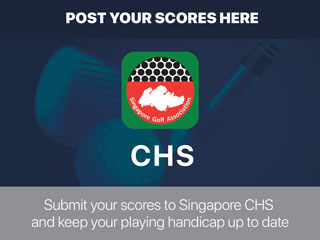